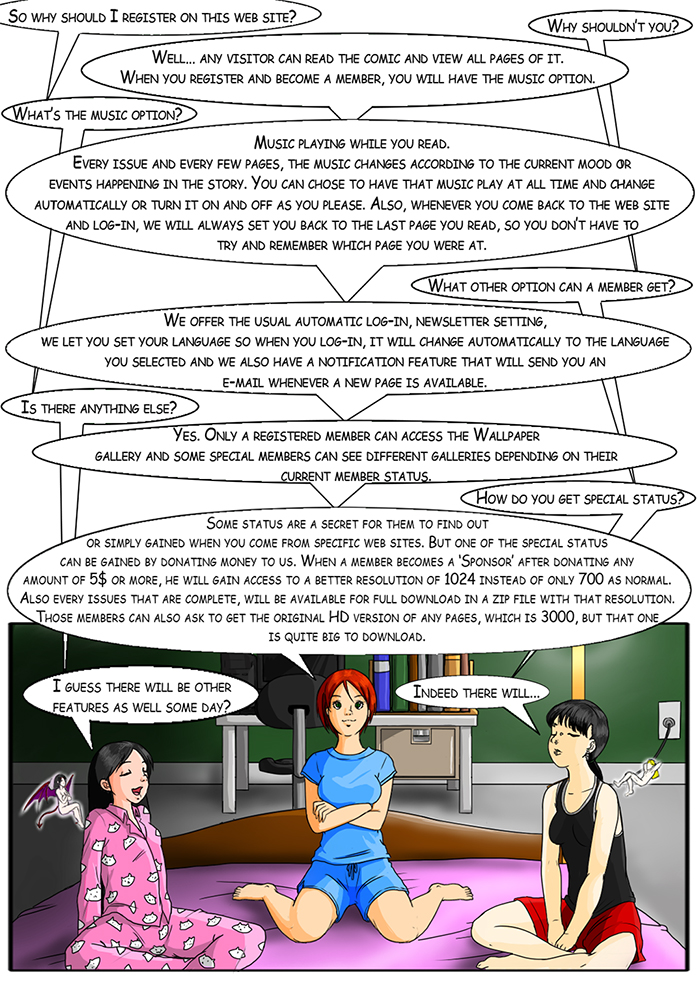 During all those years, he tried, countless times to write some of those stories but hadn't found his writing style and was never satisfied with the result.

Every time he wrote a book, he would try a new style, looking for the one that would satisfy him, and when he wrote Saïna Heart - The Awakening, he finaly found it.

Devoted role player and furry fan, Saïna created a whole universe in which lots of players would find themselves completely immersed into carefully plotted storylines.

Our God Seven decided to put Saïna and Skellos together to bring forth this universe piece by piece to the public and thus, birthing this Novel and Comic book for everyone to read and enjoy.

Hardcore gamer and hobbyist artist since he can remember.

Has been around on DA (Deviant Art) since 2008, but just recently started to show activity.

Destiny had it so he and the autor meet and established a covenant.

Eterno loves to draw awesome histories, but life is too short to be able to draw everything that he loves.

Dragonwrath is about various characters from different dimensions who eventually ends up together, discovering the link they all share.

Saïna Heart - The Awakening, is the first book of this serie and introduces Saïna in a world not unlike our own, where humans inhabit the earth, and where very few of them actually shows to have special powers and abilities.

Saïna wakes up naked in an alley and under the appearance of a 10 year old girl with nothing but a Dog tag necklace. Her entire memories has been wiped clean and she will struggles to try and get them back, while rediscovering who and what she is as well as discovering her powers and abilities, which she quickly notices, humans don't possess.

Her lack of memories causes her to develop a new personality, while her previous imprinted and forgotten personality was clearly something else and much more evil...

In time she will discover and unlock most of her powers, leading her to become a 'Hero' in the great city of Atlanta.

As she begins playing 'Hero', she will discover more of her powers as well as different ways to use them, and will learn to master her Soul-Control power.

Saina's adventure takes place in a world not unlike our own (real life), in the city of Atlanta, USA. In this setting, mutants and supernatural beings are very rare, and are barely starting to be exposed to the population through the medias. Most humans still disbelieve or fear anything non-human or mutant, but the government is well aware of them, and in some cases, even created them.

At some point in the Novel, Saina starts playing 'Hero' to help and save people's lives, realising that she can also bind some souls to her and grow a pool of followers she calls 'Disciples'.

In the Novel, there is one full chapter of her first night out, which is also our first Issue of this Comic Book. But in the Novel, you will never find her other nights out, playing 'Hero'. The Novel sums up those few weeks of her life in a few paragraph, explaining very briefly what happens during this time.

This comic book is meant to show her adventures as a 'Hero' in more detail.

Of course, we hope everyone will read both of them.